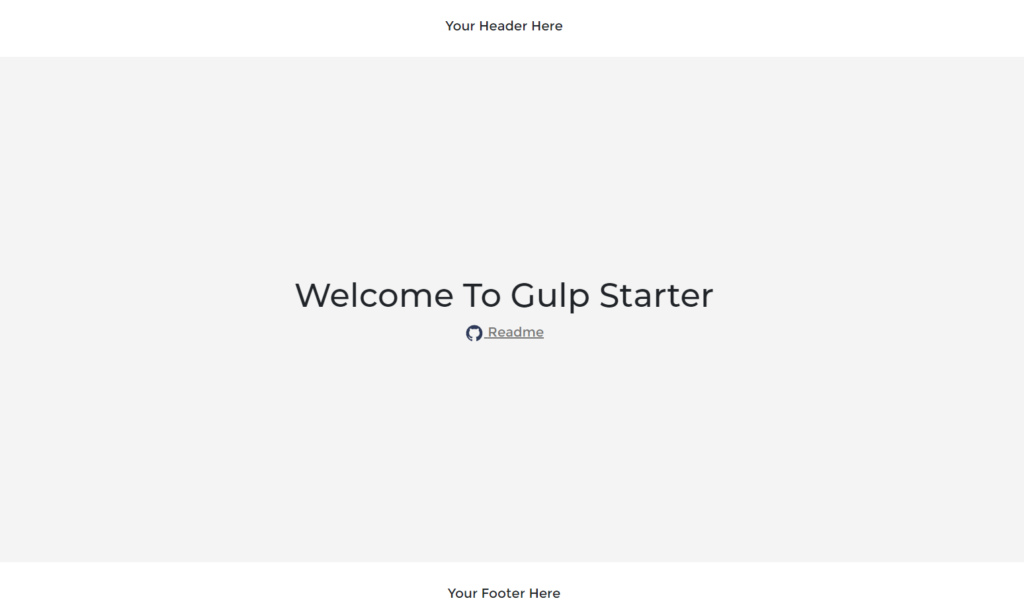 What is Gulp Starter?

Gulp Starter is the twig templating starter pack. It consist of some pre configured gulpjs setting for creating an HTML templates with twig. It was always geting an extra burden of work when I need to start my templating works. So, I planned to create this repo which will consist of all the basic files pre configured. This lets me just clone this repo and start templating 😉.

To run the engine. It will create the build folder with all the HTML files.

It is configured with the following.

The outer part of the files consist of the configuration, json and twig files. The gulpfile.js consist of all the task defined for our templating engine to run. The package.json will keep track of the npm packages that will be required for our templating task. The README.md is our readme git file. The .gitignore is used to ignore the node_module files during our code push to the remote github. The .browserlistrc consist of the list of browsers.

Our src folder is the main folder were all metabolism occurs. It consist of rest of the folders.

We will keep our all images files inside this folder.

Here we will have our javascripts files.

The layout folder is where we will define our skeleton of the website we will build. It will also contain header and footer partial twig files.

Keep all the sass files here.